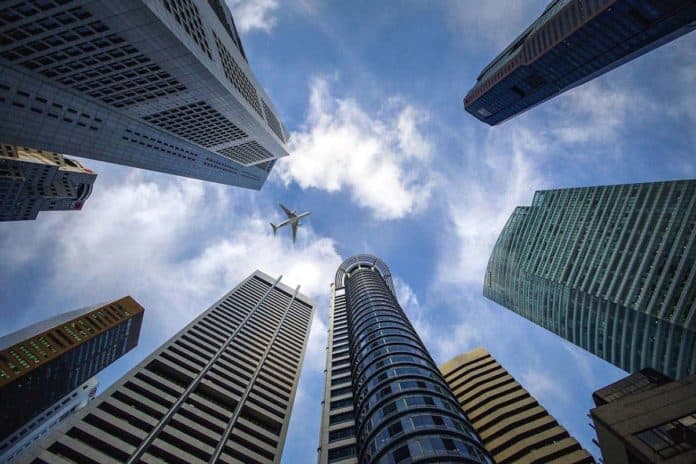 In recent years, a culture of startups has been developing in different countries of the world. They appear in a wide variety of sectors. Some startups succeed and grow into large companies. And others do not develop and disappear. The success of a startup is influenced by several factors. This includes the environment in which the startup appeared, the legislation, and the economic factors of the country. We present the best rising cities to open a startup in.

Silicon Valley is still considered a tech hub, with both established companies and plenty of startups. There is a high level of access to investment, as well as a favorable environment for the development of startups. However, Silicon Valley has lost ground in the talent category due to high salaries and the difficulty startups face in attracting young talent.

It’s one of the world’s biggest hubs with lots of money and talent. Manhattan is known for its startup system and is a popular destination for non-Americans looking to open a startup or second office. Nevertheless, getting the benefits and prestige of New York City only comes at a high price.

New York is home to the offices of major venture capital funds – this makes it easier for them to access the American market. There is an opportunity to get grants and tax breaks. There is also a special Start-Up NY program for startups.

New York City has emerged as a leader in the CITIE Global Competitiveness and Support for Innovation and Entrepreneurship rankings.

London is considered one of the best places in the world to start a business. It is among the leading financial centers. The government of England provides grants and tax incentives for entrepreneurs. Here you can easily and inexpensively register a company. There are a variety of programs for talented professionals from all over the world. The Tech Nation Visa – helps simplify the move to the UK. The Patent Box Scheme – allows reducing corporate tax (up to 10%) on profits from the development and use of patents and intellectual property.

To create a startup in London, you will need a lot of investment. Companies compete in attracting talent, and real estate prices here are among the highest in the world. Priority areas for startups: financial technology, cybersecurity, big data management, new technologies for the environment, digital and social media, advertising, marketing, gaming technology, healthcare, telecommunications, mobile technology in education.

The UK leads the world and European rankings for competitiveness, startup support, innovation, and entrepreneurship.

The capital of China is home to sectors such as film, finance, technology, and the concentration of political power. China’s culture is not very favorable to entrepreneurship. Traditional professions are still valued here. Nevertheless, the city made the list of leading centers for startups thanks to the tax exemption program.

Boston differs from other tech hubs in that it focuses on life sciences, robotics, and pharma-related sciences. Entrepreneurs enjoy proximity to Harvard University, MIT, and other prominent universities. No matter what kind of startup you’re planning – a student-assistance service like cheappaperwriting.com or an IT company – aspiring businessmen can try their hand at Boston. Everyone will find a benefit here. There are many successful software startups in the city.

Tel Aviv has a vast number of IT startups, even though Israel is a country with a small population. The city has a high number of talented young professionals and an open business culture. As well as easy access to experienced investors and venture capital. Still, it is noted that since there are not many clients inside the country, startups constantly have to look for them abroad.

Berlin is a diverse, multicultural city that has a reputation as a center of innovation in the online sector. Startups here notice affordable prices, a high standard of living, and a variety of cultural offerings. The city is located in the heart of Europe, which makes it a major hub for European companies.

The country’s government supports startups, investors, and businesses in every way possible. Young entrepreneurs can count on tax deductions, local legislation minimizes venture capital risks. It is possible to register a company remotely in Singapore.

Companies in Singapore compete to attract good employees (especially in IT). For grants, government contracts, and investments it is necessary to hire local staff. It is worth bearing in mind that salaries in Singapore are high. The small size of the local market may prevent you from developing your business and conquering new sites.

According to statistics, 10% of local startups become successful in the early stages of project development. 70% of local companies close after a few years of operation, and every second of them is taken over by large business corporations.

This city is the financial center of China. It is the second-largest city after Beijing in terms of universities and foreign residents.

This city is not as famous in terms of startups as Silicon Valley. Nevertheless, some famous and interesting companies, such as Tinder and SnapChat, were born here. Its proximity to Hollywood and the California Institute of Technology fuels startup creativity.

Seattle has a high percentage of startups, but it also has a fairly low percentage of public investment growth. Local companies like Microsoft and Amazon have put Seattle on the list of the world’s startup hubs. The city boasts several successful companies in sectors ranging from machine learning to virtual reality.

Hong Kong boasts the world’s largest community of private investors. Grants and preferential export credits support doing business here. Hong Kong has a well-developed transport infrastructure, so you can easily get from here to any other city in Asia.

However, the cost of doing business in Hong Kong is high, and living here is very expensive. But there’s nothing strange about that because we’re talking about a city with a super-developed market. The priority areas for startups are finance, education, fashion and design, advertising, mobile applications, digital technology, e-commerce, and healthcare.

According to studies, Hong Kong has the best free economy in the world, it is the leader in the Globalization Index and the Global Opportunity Index. And it is also a leader in the field of private capital and RMB services. In recent years, local private investors have done about 2,500 deals on startups from 78 countries around the world.

An idea for a project is not a guarantee of success. It is also important to determine the country, the city. You need to find a place where you will be appreciated as a specialist and contribute to development.

Remarkable Communities To Buy Property In Miami In 2023

How To Migrate Your Online Store From Shopify To Woocommerce

How Much Could Cybercriminals Cost You?

The Importance Of Choosing Multi-Asset Brokers