Home Money Do Celebrities Get Paid For Interviews: Understanding How Celebrity Interview Works 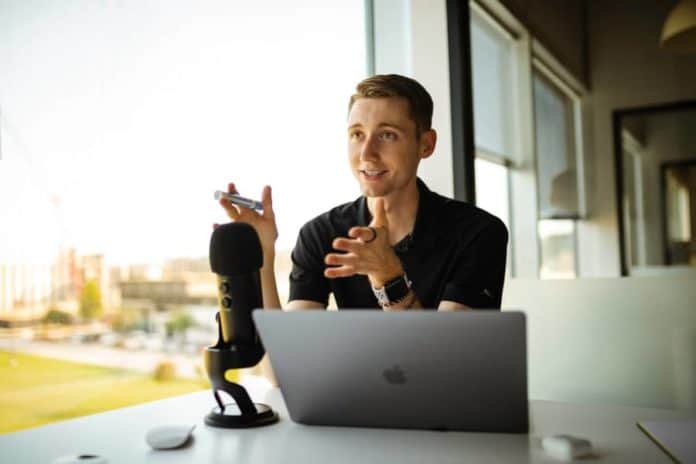 Most celebrities don’t shy away from interviews. But the question is, do they get paid for it? Actors get paid for their appearances in movies. Singers get paid for appearing and performing in events such as music awards, etc.

Most celebrities even get paid to show up in events, sign autographs, and take pictures with the fans. However, most brands prefer using popular celebrities for such, as their presence attracts a large audience.

In such cases, the celebrity only showed up because he or she was paid for it. Now what motivates celebrities to attend interviews? Do they get paid? Most of them even spend hours in interview venues, abandoning other schedules.

Below is a question many have been asking.

Do celebrities get paid for interviews?

Yes, some of them get paid. But it would be unfair to say they get paid. Why? It is simply because they only receive stipends. By the way, most of these celebrities are worth millions of dollars. So, the stipends paid for an interview doesn’t really have any positive impact on their finances.

Nevertheless, it is normal for organizers to take care of the celebrity’s accommodation. You can’t expect someone you want to interview to pay for their flight and hotel accommodation.

On the other hand, if the celebrity in question is trying to promote their work, or themselves, there won’t be any payment from the organizers. Most stars even request interviews for publicity.

Keep reading as we reveal more about celebrity interviews.

Can Celebrities Charge Money For Interviews?

Being a celebrity can open doors of opportunities an individual never knew existed. But some of these opportunities are mostly for the established stars. They can take advantage of their popularity to charge organizers of events.

So, yes, celebrities can charge money for interviews if there’s an opportunity to do so. It is down to the organizers to accept paying, negotiating, or walking away.

However, having an opportunity to interview a popular celebrity can be massive for a talk show host. There’s a chance a larger audience might view the show because of the popularity of the celebrity being interviewed.

The bottom line is demand and supply determines if an organizer would consider paying for an interview or not. If the star is in high demand, organizers might consider paying an agreed amount.

Can Celebrities Request For Interviews?

Yes, they can. Many stars even do so for their own gains. They may use the platform to promote a movie, business, book, social media handles, or a new project on the pipeline.

But then, most people might be wondering if celebrities get to pay to be interviewed. Yes, there might be instances where a star might have to pay the interviewer or organizer.

In most cases, the organizers may not request payment, especially if they are interviewing a popular celebrity. It is a win-win situation for the brand and the star being interviewed.

Is It Compulsory For Movie Stars To Grant Interviews?

Actors and actresses often sign agreements with movie producers before production begins. The contract may entail that the actor or actress promote the movie.

In this case, an actor or actress would have no option but to honor the contract terms. They have to grant interviews and promote the movie while doing so.

Movie stars that starred in a movie can promote it in several ways. They can do so on the red carpet or social media accounts.

However, if there’s no contract forcing a movie star to grant interviews to promote a movie, they may decide not to when approached by a talk show host.

How To Interview A Celebrity

Many people find it strange to be in the same space interviewing a celebrity. It seems odd to them. But that shouldn’t be the case. Why? Celebrities are people like you.

Again, if you’re feeling intimidated because the star you want to interview has more money than you, remember this. The person you call a star today was once nobody.

So, you too will become somebody someday. Now establish contact, prepare your interview questions and get the job done.

How can you contact a celebrity and get the person to agree to your request for an interview?

This is where many individuals give up. They get tired and abandon their plans after several failed attempts to contact the celebrity they want to interview.

Well, chances are, you’re not making the right move or being patient enough. Now, here’s how you can contact the celebrity and request an interview.

Firstly, understand that most celebrities have agents, publicists, or managers who help handle their fame’s business side. So, look for the emails of any of them and make contact.

You can also attempt to contact the celebrity on social media. And ensure you don’t send multiple messages to their various social media accounts. If you make such a mistake, they might see you as a stalker, and you could lose your chance to interview them.

Just target the social media platform they’re most active or have been active in for the month or week, and drop your message there.

A Handy Tip: If this is your first time interviewing celebrities, start with up-and-coming ones and walk your way up.

Additionally, if a star ignores your interview request, don’t give up. Normally, it might take some time to get a response. Use the waiting period to learn more about the celebrity and work on your interview questions.

Step#2: Give them a reason to grant you an interview:

If you were established, most celebrities would be willing to honor your interview request whenever you put in a request. It might only get complicated when you’re not established.

So, what’s the easy way to get a star to honor your interview request? Use whatever means necessary to appeal to their interest. Here is how to go about it.

Engage an established editor and reference the individual when asking a celebrity for an interview. But ensure you notify the editor before referencing them.

You can also leverage an interest you share with the celebrity to achieve your goal. It can be a charity or volunteer group or an individual you both know.

You must understand celebrities get very busy. So, don’t force your schedule on anyone that agrees to grant your interview request. Let them choose the time, date, place, and how they want it to happen.

The interview might occur in your studio or the celebrity’s house. Just don’t turn down their request or make any conflicting suggestions. Do whatever is comfortable for them.

In most cases, a celebrity may offer to grant you an interview via Facetime or over the phone. It doesn’t matter. Just ensure your recording device or software is functioning properly.

Again, it would make sense to remind the celebrity or team about the interview days before the scheduled date.

Do celebrities get paid for interviews? Well, sometimes, some may receive a stipend for their appearance. Nevertheless, the host may have to make the needed arrangement for the celebrity’s accommodation. You have to book a comfortable hotel for them.

Celebrities can also request an interview. Most of them do so, especially when they want to promote something, such as a movie, book, business, or a project they’re working on.

Finally, we also shared tips on how to interview a celebrity. We mentioned the need to be bold when approaching or interviewing the star in question.

How To Put Money On Cash App Card At ATM: What You Need To...

8 Reasons You Should Trust A Fiduciary Financial Advisor