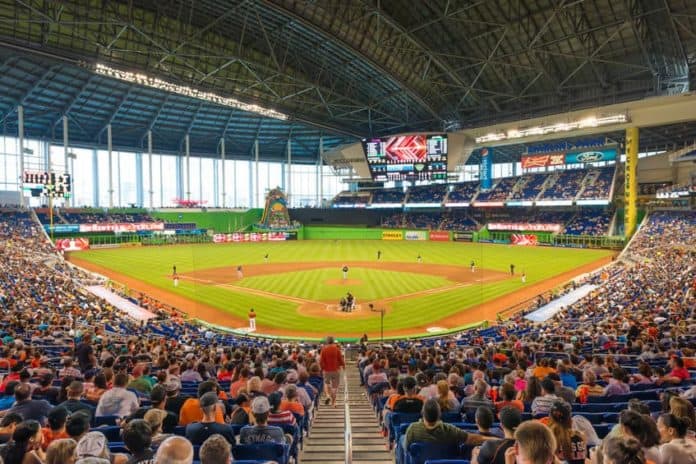 Authorities in the Dominican Republic have completed a stunning series of raids as part of what the Attorney General of the nation called the largest in the history of the country. Of the 21 people implicated in the drugs bust, two names jumped off the page for baseball fans, Luis Castillo and Octavio Dotel. The two former MLB stars are accused of being part of a drugs cartel acting as a staging post for drugs smuggled into the Dominican Republic from South America. Dominican Republic Attorney General Jean Alain Rodriguez explained the cartel would hold the drugs before shipping them into the U.S.

The two former baseball players are well known to fans of the sport, particularly Luis Castillo who spent the most productive part of his career at the Florida Marlins. The second-baseman was one of the top players of the early 2000s appearing in the All-Star Game three times between 2002 and 2005. The 2003 World Series winner finished his career with a number of records for the Marlins, including most career hits, games played, and runs scored.

In contrast, the career of Octavio Dotel was more of a journeyman who peaked in 2011 with a World Series victory with the St. Louis Cardinals. Dotel played for 13 different teams as a relief pitcher over the course of a 15-year career. The inclusion of the two baseball World Series winners in the drugs bust are shocking to many who look back at their careers that saw Castillo earn an estimated $56 million and Dotel around $41 million.

The bust that took place in the Dominican Republic was assisted by a number of U.S. law enforcement agencies, including the FBI, CIA, and DEA. The bust came about after the corporate organization of alleged ringleader Cesar El Abusador wh is now thought to have been operating a drug ring based n the principles of mafia-like organizations. El Abusador has yet to be arrested for his part in the alleged cartel and remains at large somewhere in the Dominican Republic.

During the last few years, it is alleged Cesar El Abusador has been using a number of family members and friends to launder the funds of his illegal drugs operation along with his many legal business ventures. it is believed Luis Castillo and Octavio Dotel have been implicated for their role in the hiding and laundering of funds on behalf of Cesar El Abusador. The two former baseball players are far from alone in being implicated in the work of the drug cartels as the Dominican Republic Attorney General stated over 700 people have so far been implicated in the smuggling, storage, shipping, and money laundering aspects of the operation.

Luis Castillo has yet to be arrested for his role in the money laundering and drug smuggling operation and has already released a statement claiming he is innocent of the crimes he is accused of. Castillo still keeps his primary residence in Florida and explained through his lawyer he had not been to the Dominican Republic for a number of years. Octavio Dotel was in the Dominican Republic at the time of the raids and appeared with his lawyer at a police station in Santo Domingo but was not taken into custody for his part in the drugs and money laundering ring.

How Does Omegle Make Money?

Does CVS Give Cash Back? What You Need To Know