Home Banking Are U.S. Banks Siding with the Cartels in the War on Drugs? 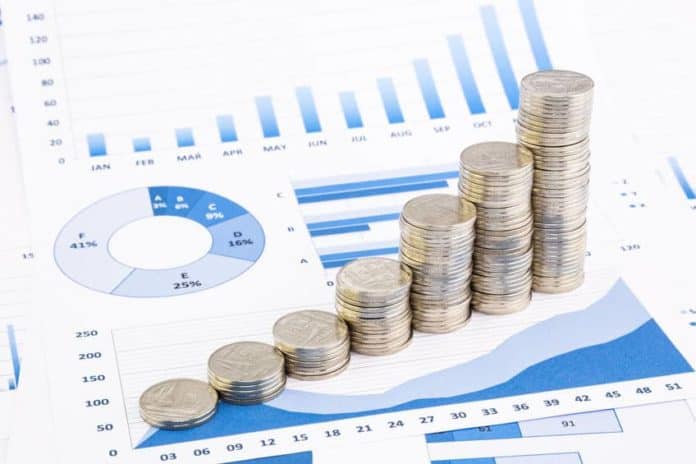 The War On Drugs is complex, convoluted, costly and difficult to prosecute. It involves so many secret deals and undercover operatives, it’s difficult to tell the good guys from the bad guys. In some cases it seems as if banks in the United States are working with the Mexican drug cartels while the U.S. government is busy with the intricacies of its decades long War On Drugs. But this is not the case. American financial institutions have put a number of systems and policies in place to identify and thwart money launderers. That includes participating in the Automatic Exchange of Information agreement.

One of the biggest problems drug traffickers and cartels have is figuring out what to do with all the cash they have in their possession. Many of them purchase businesses, homes, automobiles, boats and jewelry. But the ultimate goal of many drug traffickers and cartels is to get the money into banks so moving it around the world becomes easier. In the past, U.S. banks have unwittingly been pawns in their game. There were no controls on the amount of money ‘businesses’ could deposit into their bank accounts and there was not a system for alerting the government and the IRS about people making suspiciously large cash deposits

No Controls Over Foreign Nationals’ Deposits

The American financial system is considered among the safest and most stable in the world. Therefore, it was not considered unusual for foreign investors, heads of state, government ministers, military leaders, wealthy business people and others to deposit large sums of money in U.S. banks. They then used the money to purchase mansions and businesses and make investments in a wide array of industries. This was seen as totally acceptable and even encouraged, as it helped to boost the American economy, enrich American investors and increase the bottom line of the financial institutions.

Things began to change in the 1970s and 80s as cocaine, cash and wanton violence began to strangle South Florida in its grip. It began to become obvious that the duffel bags full of cash businesses were depositing into local banks was drug money being laundered for the cartels and drug dealers of all ilk. Banks were no longer simply ecstatic about having large amounts of cash to finance South Florida’s building boom, they became wary of the sources of that income. That led to dramatic changes in the banking laws, as financial institutions worked with law enforcement agencies to identify drug money.

For decades U.S. banks were a safe haven for drug money and the ill-gotten financial largess of corrupt foreign leaders because any amount of money could be deposited without any special procedures. However, beginning in the 1980s the federal government instituted a new law that required bank deposits and balances in excess of $10,000 to be reported to the Internal Revenue Service. Many banks that formally were unwitting pawns in the money laundering activities of nefarious characters were now forced to do their ‘due diligence’ and report large cash deposits to the IRS.

Initially, compliance with the new regulations for the financial institutions was spotty. However, once financial institutions realized they could be implicated for participation in money laundering schemes if they failed to promptly and fully report large deposits from American citizens and foreign nationals, compliance rates increased to near 100%. The recent money laundering scandal involving Wachovia, now called Wells Fargo, that found the bank laundered and made a profit off of $378.4 billion of drug money from Mexican drug cartels shows more work needs to be done.

There have been several other instances in which U.S. banks have been found to be complicit in the laundering of billions of dollars for members of Mexico’s criminal underworld. In an effort to put a stop to this kind of nefarious activity, in February, 2009, Agustin Carstens, then Mexico’s Finance Secretary, wrote to Timothy Geithner, the U.S. Treasury Secretary, to suggest the two governments begin participating in the agreement to automatically exchange the banking information of residents of both countries who try to hide their money in banks in each other’s country.

The federal prosecutor who handled the Wachovia case, Jeffrey Sloman, said Wachovia’s actions showed ‘blatant disregard’ for American banking laws. He pointed out that with Wachovia’s help, international cocaine cartels were able to have ‘a virtual carte blanche’ when it came to financing their drug operations. As punishment for its misdeed, Wachovia was forced to pay $160 million in fines and penalties. Many found that to be grossly insufficient because the bank had profited $12.3 billion in 2009 alone for handling $420 billion of cartel drug money. No Wachovia executives went to jail even though courageous bank employees acted as whistles blowers and exposed the scheme. One of the whistle blowers was instead fired for speaking out.

Wachovia Not The Only Violator

A number of other major bank were also implicated in money laundering schemes recently. In addition to Wachovia, American Express Bank International, Bank of America, Bank of Credit and Commerce International, Citigroup and HSBC have all been embroiled in money-laundering scandals. However, the Justice Department hasn’t jailed any bank executives who profited from the schemes. Instead, they have used deferred-prosecution agreements, as well as fines, to punish the banks involved in these cases rather than prosecuting them using the Bank Secrecy Act. To many, these light punishments make the federal government look disingenuous and bordering on complicit.

How To Put Money On Cash App Card At ATM: What You Need To Know

Are Air Purifiers A Waste Of Money? Detoxing Your Home

Can You Send Money From PayPal To Chime? The Popular Online Banking Platforms

Most people know that investing in a property— whether you’re going to live in it or not— is one of the best investments you...

Direct selling is a popular business model for marketing and selling some amazing products. With over a thousand direct selling companies in the U.S....

What Can You Actually Buy With Crypto In Your Everyday Life?

An Overview of Forex Trading: Everything You Need to Know

Investing In A Second-hand Machine: Five Things You Need To Know

What Can You Actually Buy With Crypto In Your Everyday Life?