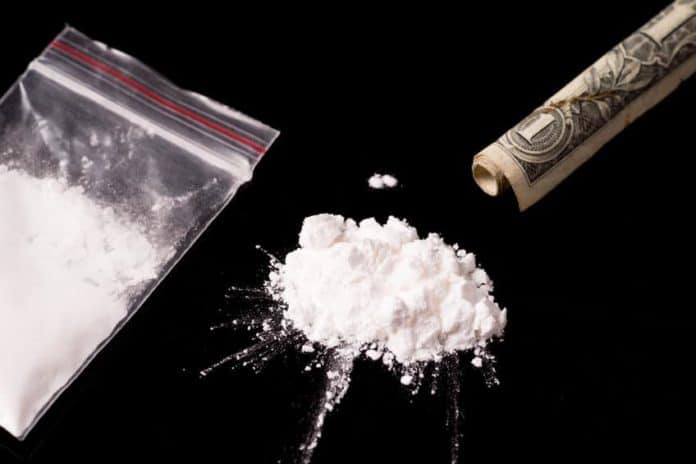 Cocaine users in Spain and other parts of Europe play a major role financing the activities of the Marxist-Leninist Revolutionary Armed Forces of Columbia (FARC). This group commits terroristic acts in Columbia in an attempt to destabilize the government. The FARC is able to pay for their weapons and ammunition with the $500 to $600 million they rake in each year from the cocaine trade. The cocaine plant is grown by poor farmers, processed by drug gangs in Colombia and sold to wealthy Europeans looking to fuel their wild partying and fun filled hedonistic lifestyle.

To get from the coca fields in Columbia to the European party hotspots all over the continent, Columbian cocaine producers must coordinate cocaine smuggling networks through rugged territories controlled by the FARC. The coca farmers and smugglers must pay a ‘tax’ on each kilo of cocaine to have it safely arrive at transshipment points where it can be sent to Spain and other countries. An estimated one thousand metric tons of cocaine is produced in Bolivia, Colombia and Peru each year and the FARC benefits from this massive amount of cocaine.

Spain’s large coastline makes it Europe’s largest drug port. Its central location provides easy, convenient, access to other European countries for cocaine smugglers. Once the cocaine makes it into Spain, it’s quickly dispersed to cities throughout Europe. Now the drug of choice in many European countries, cocaine use is growing by leaps and bounds. While dirt poor peasant farmers cultivate the coca plants to feed their families and pay their ‘tax’ to the FARC, in Europe, well-to-do young adults spend millions each year on this party drug.

Cocaine In The Air

With thousands of kilos of cocaine flowing into Spain each year, it’s not surprising that the country has Europe’s highest per capita cocaine consumption. There’s so much cocaine in Spain, an analysis done on the air in Barcelona and Madrid revealed it contained traces of the drug. Researchers analyzed the bank notes in Spain and found any random bill had a 94% chance of testing positive for cocaine. Some of the millions of dollars Europeans spend getting high on cocaine is used to buy the guns and ammunition that main and kill men, women and children in Columbia every day.

In Europe, cocaine is called stylish names like ‘The Candid Queen’, ‘The Fair Lady’ and ‘The Seductive Sugar’. It’s sniffed in trendy discos by European society’s winners to fuel their hedonistic pleasure. But the money they spent on it is used to finance terror and torture that inflicts unimaginable pain on innocent citizens in Columbia, While the denizens of some of Europe’s hottest night clubs and discos partake of the seductive sugar, their money is used to rain down death and destruction on the poor in Latin America.

Raids and seizures over the past decade has netted European law enforcement annual amounts of cocaine ranging from 50 to 120 metric tons. But that’s done nothing to slake the thirst of Europeans for cocaine. It has simply driven prices higher. While easy access to cocaine in Spain has kept prices steady at about €50 per gram, in other parts of European cocaine users pay as much as €400 per gram. And still demand rises by millions of new users each year. Sadly, the same drug that gets Europeans high is paying for the bombs and bullets that make many Columbians die in FARC attacks.

The burgeoning market for cocaine in the face of increased actions by European law enforcement agencies to step up cocaine interdiction efforts has made smugglers become more creative. Spanish police found tons of cocaine hidden flowers from Colombia and 35 pounds inside replicas of artist Fernando Botero’s statues. A supermarket worker found 200 pounds of cocaine hidden in boxes of bananas. Such seizures haven’t stemmed the flow of Columbian cocaine into Europe, but they have increased the price of cocaine and made it too expensive for many more who want to try it.

Putting large amounts of resources into cocaine seizures may not be the most effective way to reduce drug trafficking. There’s no evidence to show cocaine seizures by law enforcement significantly impacts the demand for the drug. Many researchers recommend law enforcement focus more on money laundering. Seizing drug smugglers’ money when they attempt to put it in the bank, prevents them from paying their suppliers. This can help force them to stop dealing or be killed when they cannot pay for the cocaine.

Spanish police have become more proactive in going after cocaine traffickers. They recently arrested 41 people who were suspected of attempting to launder almost €200 million in Spanish banks. That’s one way to stop the vicious cycle of cocaine profits funding death-dealing weapons for FARC rebels who use the weapons to help cocaine smugglers ship more cocaine into Europe. FARC operatives have been caught attempting to launder their cocaine profits in banks in Spain.

The Spanish government recently completed a two-year money-laundering investigation that led to 27 raids in three major cities in Spain. They tracked the money to people in Latin America and worked with the governments in Colombia and Ecuador to arrest them. This, in addition to policies like the intergovernmental Automatic Exchange of Information agreement, may be the most effective way to attack cocaine traffickers and organizations like the FARC that depend on them for money.

The Simple Trick To Sell A Dying Product Cheaply

Can You Buy Holy Water? A Must Read

How Much Is 100 Gifted Subs On Twitch? Getting More Twitch...