Home Money What is Divorce Insurance? 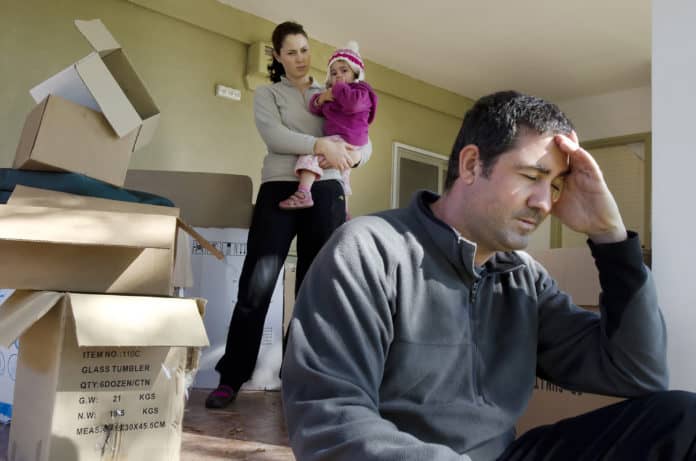 Divorce insurance is a product that has not been around for too long. The product was formed as a safer alternative for prenup agreements eight years ago. A North Carolina based company was the pioneer of this new idea. Safeguard Guarantee Corp first introduced the novel idea in 2010. The divorce insurance product was dubbed ‘wedlock.’ Since then, many insurance companies in different countries have formed similar divorce insurance products. ARAG, an insurance firm in Germany, announced in 2011, the introduction of a divorce insurance package that was later launched in September of that year. Such policies have already gained popularity in European countries such as Spain. In America, some employers offer the policy as a perk.

In this kind of agreement, the judge relies more on circumstances at the end of the marriage rather than on pre-divorce agreements. Divorce can likely end up in the financial ruin of one or both spouses. The processes itself tends to be costly. To cover these divorce related costs and protect your financial assets in the event of a break-up, divorce insurance can be a thing to consider. However, the concept has been widely criticized as being a fag. Critics have questioned the need to pay insurance premiums for divorce while you are still in the marriage. That would lead to the deterioration of the marriage. But still, the insurance cover offers a new option for spouses that fear to end up on the wrong side of statistics if things went sour.

Also known as Marital Settlement Agreement Insurance (MSAI), divorce insurance serves as a supplementary policy or unemployment insurance. It applies when one of the divorcees fails to fulfill his or her obligations in spousal or child support. The policy only kicks in after the divorce process has been finalized. It ensures that the court and divorce fees are covered and keep the divorcees financially stable after the break-up. Monthly divorce insurance premiums depend on the kind of plan you choose and the insurance provider selected. For those looking to apply for divorce insurance coverage through Safeguard Guarantee Corp, the policies start at $15.99 per month for $1,250. Couples can access as much as $12500 of coverage by purchasing ten units of insurance by Safeguard. Each unit gains $250 in value after holding the insurance for four consecutive years. For instance, a divorced couple would receive a $27,500 payout after holding the divorce insurance for ten consecutive years.

The starting price for Wedlock insurance policy remains the same regardless of the number of times you have been married. This is different from other kinds of insurance covers, like the health insurance policy whose premiums increase for individuals with a bad health history. According to Safeguard, many couples buy the insurance policy together to protect each other from the adversities a divorce comes with. However, it is still possible for marriage partners to apply for the divorce coverage individually. This is not something the Wedlock creators would advise and is generally not the typical setup. If purchased in secret or individually, the insurance could cause rifts in the marriage.

Is It Right for You?

The concept is still relatively new to us. Divorce insurance may seem like an unusual idea but goes a long way to prevent divorcees from going below the poverty line in the event of a marriage break up. After all, statistics show that almost 50% of marriages are likely to end up in a divorce and that the average divorcee may loose up to 70% of his/her net worth in a divorce. If you are still unsure if it is the right option to take, there are several pointers to help you decide.

• A Four-Year Waiting Duration
To discourage couples that are on the verge of divorce or already in divorce proceedings, Wedlock creators imposed a four-year waiting period before the insured can apply for an insurance payout. Wedlock will not owe the policyholder if a divorcing couple applies for the cover at the time of divorce. An insurance rider is a brilliant option for policyholders worried that the marriage might end before the four years. A premium rider is available for $30 a month per each unit and can be used to obtain a 50% payout in the event of a premature legal separation.

• Going By The Numbers
divorce is real and is rapidly engulfing many marriages all over the world. Despite all the effort we put into building healthy marriages, we may end up facing divorce for several reasons. According to statistics, many Americans cite money as the key reason for many marriages going sour. Studies also show that most of the divorcees fall below the poverty line after a divorce. Therefore, it is reasonable to purchase a divorce insurance policy to protect yourself and have peace of mind.

• The Policy Is Not Discriminative
According to John Logan, Wedlock’s creator, the premium does not fluctuate regardless of the type of marriage. The premiums are also not different for individuals who have been through several marriages. At a constant cost of $15.99 a month, Logan believes that affordability is what makes the insurance cover attractive.

Some possible downside of the divorce coverage is that any state guarantee funds do not cover the policies. This poses a great risk of a couple losing their money in the event of the provision going bankrupt. Another great downside of purchasing the divorce insurance policy is that you may end up losing all your money if a divorce never occurs. This puts potential policyholders at crossroads as they would be better off opening a savings account to cater for the financial implications of a divorce. However, be wary of this alternative strategy: putting money in an interest-bearing account would put your to-be former spouse eligible to have a share of that money in the event of a divorce.

In the end, purchasing a divorce insurance cover would be a personal decision for you to make. A better way is to talk through it with a willing spouse and decide if it is something for you. It might even be in your best interest to see a divorce financial planning specialist to become better informed. Weigh on the pros and cons of the coverage of your marriage. All in all, always consider the possibility of future divorce and decide accordingly. Depending on the quality of the attorney you retain, even an uncontested divorce with no children involved can end up setting you back a staggering $6000. It is, therefore, prudent to be prepared for any eventuality.

Does The Government Have The Right To Tax?

Technology Plays A Fundamental Role In The Entertainment Industry

Can You Cancel A Cashier’s Check