Home Taxes How Are Crypto Gains Taxed In Canada? 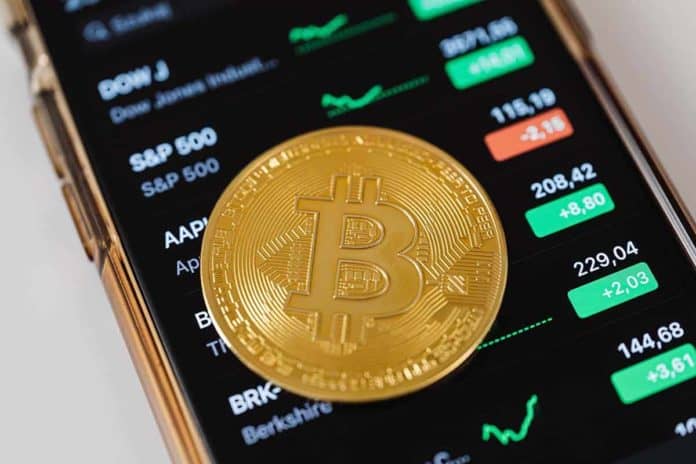 With the surge in popularity of Bitcoin, Ethereum, and numerous other cryptocurrencies dominating the market or coming into existence, many investors are showing interest. There is a significant amount of money to be made – or perhaps lost – and everyone needs to pay their taxes.

The relationship between digital currencies and government regulations, specifically concerning taxes, is turbulent, to say the least. Bitcoin is infamous for its volatile nature, and it has its fair share of associations with degenerate entities. On top of that, officials are anxious about yielding monetary control and fiscal policy to an algorithm at its core. Considering this, it is no wonder that the government would be wary about the currency, and others like it, gaining mainstream acceptance.

As time passed, Bitcoin’s resilience as a currency and network, plus the convenience and cost-effectiveness of blockchain payments, have made a case for the cryptocurrency. One that has proven to be quite valuable. Consequently, officials have grown to tolerate a gradual introduction of digital currencies into traditional financial services.

Rarely does Canada get brought up in this discussion. Much like with any hot investment, a lot of Canadians are jumping on the bandwagon to get a piece of the pie. Bitcoins and other cryptocurrencies like Ethereum and Litecoin are attracting more media attention and the awareness of Canadian taxpayers. Their popularity has reached a point where someone won’t have to look far for a Canadian crypto exchange.

No matter the amount of profit these investors generate, they cannot outrun taxes. Eventually, they will have to deal with them.

The Canada Revenue Agency treats digital currencies as a commodity primarily for the purposes of income tax. Accordingly, bitcoin transactions must abide by the same rules as barter transactions, which are transactions that involve one commodity being exchanged for another.

Generally speaking, a gain or loss from a crypto transaction, such as bitcoin, will be treated as one of two things:

The difference stems from critical tax implications. The full amount of property or business income is taxable, whereas only one-half of a capital gain is taxable. With that said, only one-half of capital losses are deductible. One could fully deduct losses that are linked to activities concerning business or investments.

However, there are some bitcoin transactions – like investing, trading, and speculating – could walk the line between income and capital. Canadian courts have produced a sizable body of case law dealing with the ambiguity between investing and trading. The former creates a capital gain or loss, and the latter often results in business income or expenses.

Taxpayers must establish if crypto activity leads to capital or income because this influences the treatment of the revenue for income tax purposes. Not every taxpayer who buys and sells cryptocurrency is conducting business activity.

When you pay for goods and services with cryptocurrency, the CRA will treat it as a barter transaction for the purpose of income tax. As touched upon earlier, this type of transaction happens when two parties trade goods or services and execute that exchange without incorporating legal currency.

A practical method is needed to determine the value of a cryptocurrency transaction in which a direct value is not identifiable. The best thing for someone to do is to keep records to show how they figured out the value.

In general, the CRA’s stance is that the fair market value will always be the highest price. Moreover, it is expressed in dollars that an eager buyer and seller who are both knowledgeable, prudent, and acting independently would agree to in an open market without restrictions. For instance, someone could opt for an exchange rate deriving from the same exchange broker they are currently using or an average of midday values extending across several high-volume exchange brokers. Whichever method is chosen, it must be used consistently.

When earned as income, cryptocurrency is typically subject to tax. The person who is earning that income needs to understand what their tax obligations are. Moreover, they need to declare it on their return. With cryptocurrency becoming more commonplace, the government will no doubt need to make some adjustments to the Income Tax Act. For the time being, it’s not technically legal tender. Therefore, it will require meticulous record-keeping for the purpose of taxes.

What is a Credit Union? [What to Know Before Joining]

How To Improve Customer Experience In Your Call Centre

What is a Tax Haven? [How They Work & List of Countries]

A Guide To Personal Injury Compensation

Money Magazine Vs. Kiplinger: Battle Of The Popular Financial Magazines

What To Do If Your Prescription Drugs Are Too Expensive

Can Someone Else Cash My Stimulus Check? Stimulus Benefits

How To Look Into A House Before You Buy It