Home Taxes What is the Foreign Account Tax Compliance Act? 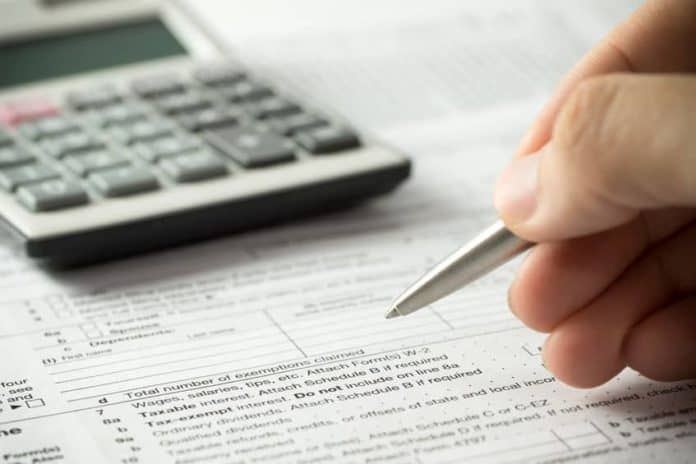 FATCA or the Foreign Account Tax Compliance Act is a tax law requiring United States citizens both abroad and within the country to file yearly reports regarding any foreign account holdings. The intention of this act is the promotion of transparency in the international financial services sector and for the Internal Revenue Service (IRS). The main purpose of this act is gathering information about individuals in the United States earning any income from sources other than United States institutions. When the applicable reporting and documentation requirements are not met, tax withholdings are imposed.

This promotes tax compliance across the borders and internationally for information regarding United States taxpayers to be exchanged automatically, with the purpose of cutting down on tax evasion and money laundering. Tax authorities are required by FATCA to obtain account information for United States taxpayers on a yearly basis. FATCA passed as a part of the (HIRE) Hiring Incentives to Restore Employment Act. This requires non-financial foreign institutions and foreign financial institutions to report all foreign assets being held by United States account holders. Legislation is also included requiring individuals living in the United States to report foreign assets and accounts depending on the value.

The Creation of FATCA

FATCA became United States Federal law in 2010. President Barack Obama signed the HIRE Act as an incentive for businesses to hire unemployed workers in an attempt to decrease the high unemployment rate resulting from the financial crisis of 2008. One of the incentives included was increasing the tax credit for businesses for every new employee hired who remained on the payroll for a minimum of 52 weeks. Some of the other incentives included increasing the expense deduction limit of the business for purchasing new equipment in 2010 and payroll tax holiday benefits. The legislation was created in response to the off-shore banking scandal of 2009.

The scandal revealed numerous Americans had secret financial holdings in Swiss bank accounts. These individuals were not reporting or paying taxes due to the United States for their assets. Self-reporting requirements were imposed by the legislation in addition to increasing the penalties for non-compliance with the reporting rules. The legislation imposed a legal mandate for foreign institutions to determine which clients were from the United States. All information regarding these clients had to be directly reported to the IRS. The draconian enforcement mechanisms of this mandate ensured nearly all of the non-United States institutions would be in compliance. The penalties for non-compliance to the rules were increased.

The Requirements for the Non-United States Financial Institutions

The New Penalties for Non-Compliance

Failure for filing form 8938 is considered non-compliance. The penalty is a minimum of $10,000 or up to forty percent of the value of the account or asset. This is in addition to the interest and taxes due. Non-compliance is considered willful and may also result in criminal prosecution. The existing penalties for Form 8621 and FBAR regarding penalties for improper reporting were not changed by FATCA. The enforcement of FATCA has substantially increased. Americans overseas need to understand the large penalties associated with the reporting requirements.

The name, account number and address of all clients believed to be United States persons must be reported to the IRS by all foreign financial institutions. The highest daily value of the account in United States dollars in addition to all outflows and inflows for the account must also be reported for the entire year. Foreign financial institutions include all banks, insurance companies, mutual fund companies, retirement plan administrators, brokerage firms, trust companies and every category of institutions. Non-publically listed business entities and corporations registered outside of the United States owed ten percent or more by a United States person must also report to the IRS.

The Steps Every American Abroad Needs to Take

Every American abroad should have a contingency plan if they are informed they need to close their financial accounts. If the foreign financial institution does not have any United States clients, the reporting requirements for FATCA will be simplified. Americans will have no choice other than relying on the largest international banking institutions for banking services and local financial transactions. All Americans abroad should inventory all their assets based out of the United States. The assets FATCA requires foreign institutions to report must be identified. These assets include improperly reported PCIFs and foreign trusts.

PFICs are a lot more common than most individuals realize. They are often found in bank accounts and investments many individuals are unaware of. Every American abroad must understand financial planning and investment management to remain FATCA compliant. To avoid non-compliance, all investment accounts should be moved to United States financial institutions as opposed to their overseas branches. It is important to understand investing in the United States security markets is one of the most investor-friendly and efficient investments in the world. A standard United States brokerage can diversify global assets for their clients more cost-effectively than what is available abroad.

A diversified portfolio should be built with optimal return and risk exposure based on the individual’s residency plan for the future and financial situation. In most instances, more risk should be taken with investments by younger investors for better long-term returns. The currency denomination should match the principal liabilities and investments for the prevention of large fluctuations in currency values for savings goals and retirement plans.

The Self-Reporting Requirements for FATCA

Since the tax year for 2011, all United States persons must file the IRS form 8938 if their total of foreign assets is more than $50,000 on the last tax day of the year or if the assets were $75,000 or more at any time during the year. The threshold for United States persons not living in the country were raised to $200,000 and $300,000. Form 89387 must be completed in addition to the Treasury Department Foreign Bank and Financial Accounts Report (FBAR) for overseas financial assets exceeding $10,000.

Form 8621 must be filed annually for all separate PFIC investments. In the past, this was only necessary when distributions from the PFIC investment were made. There has been an extension of the limitations for IRS audit returns for income derived from a foreign source to six years as opposed to the previous three.

The Implications of FATCA

There is a frequent mistake being made regarding FATCA by Americans abroad. This is the assumption that since they are not hiding anything, all they are required to do is file one FATCA form, the 8938 mandated reporting form. Although this is correct for numerous Americans abroad, the risk is all the implications for enforcing the old reporting rules not enforced in the past are being ignored. These individuals have become used to these rules being ignored. A lot of Americans with the intention of complying with all of the applicable tax regulations have become non-compliant. This is because the rules previously existing were rarely enforced prior to FATCA.

When no real law enforcement threat exists, both individuals and tax professionals commonly become ignorant regarding the PFIC and FBAR tax mandates. This has been stopped due to FATCA. The old rules that were rarely enforced in the past are commonly and easily being enforced and widely implemented by FATCA. The tax and financial environment for Americans abroad has been significantly changed by FATCA. These regulations can no longer be ignored. There are new and old rules concerning the assets of Americans abroad being enforced more than ever before due to FATCA.

This is because for the first time the IRS can easily access information regarding these assets. This has ensured many of the Americans abroad are taking the steps that should have been taken right from the start. There are a lot of good reasons for understanding the FATCA requirements including the maintenance of United States investment accounts and being compliant with the law no matter how long the United States person intends to live abroad.

What is the beneficial ownership rule?

How To Cut The Spending On Expensive Software?

A Guide To Staying Safe While Abroad

Best Time to Buy a Laptop Computer [Finding the Discounts]

Fibonacci Investing: How to Use the Golden Ratio on the Stock...

Taking Your Clothing Design Business To The Next Level: 3 Tips...