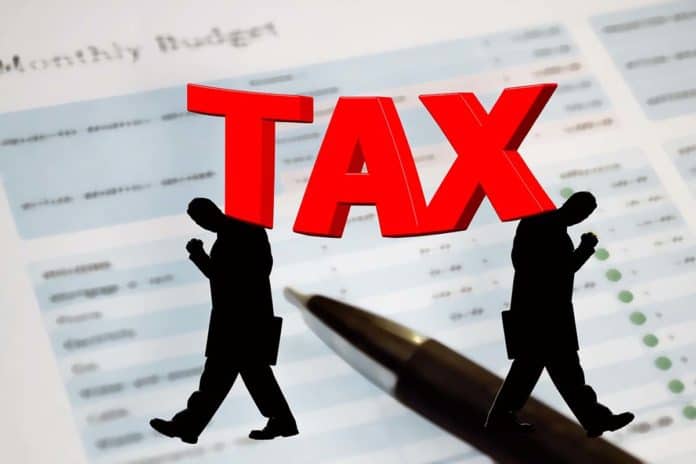 Property taxes, taxes paid on personal property, such as real estate and homes, are another form of taxation. They are also crucial sources of income for states and local governments across the United States of America.

Property taxes seem to be one of the most-hated forms of taxation in the country. But they are compulsory taxes homeowner must pay.

The amount of property tax you would be paying depends on your state of residence. The tax rate isn’t uniform across the country. While property taxes are a huge burden for homeowners in some parts of the country, they’re ridiculously low in some.

For the records, income taxes aren’t available in some states. But property taxes are paid in every part of the country.

Below are property taxes in the United States. Find out which part of the country pays the highest and lowest taxes on properties.

10 States With The Lowest Property Taxes:

Let’s look at them.

If Hawaii’s lush valleys and spectacular beaches aren’t enough to lure you, the low property tax rate should.

Located at the Pacific Ocean, Hawaii boasts a property tax rate of 0.27 percent, the lowest in the country. But before you get too excited, keep in mind that the state has the highest median home prices in the country, placed at $538,400.

If you choose to live in Hawaii, your property tax bill would be $1,459 per year. But the outdoor activities and cuteness of this state could make every penny spent worthwhile.

For the records, Hawaii is the only island state in the United States of America. And it’s the only state situated in the tropics.

If you’re familiar with the United State’s real estate sector, you should be aware of the reason most people are moving to Alabama.

Alabama is an incredible state for low-income earners who should be looking for a low property tax-paying state.

This state boasts a low 0.43 percent real estate tax rate, which places it behind Hawaii. But its median home value is $128,000, making it one of the states with the lowest housing cost in the United States of America.

With a robust economy, low cost of living, and diverse festivals, you have just enough reasons to purchase your dream home in Louisiana.

There are delicious foods to satisfy your appetite and warm weather to pamper your skin.

But for those in the real estate sector, the most fantastic thing about Louisiana is its low home prices.

With a 0.51 percent effective property tax rate, you can guess why Louisiana residents and wannabe homeowners are flocking this region. Not every state can offer such a low cost of living, by the way.

If you happen to be one of those who enjoy spending quality time by the water, having a home in Delaware would make sense.

Now, you can see why there’s an influx of residents from other neighboring states. These include Pennsylvania, Maryland, and New Jersey, which has the country’s highest property tax.

If you choose to live in Delaware, have in mind that property tax won’t be a burden to you. You’ll be paying a meager 0.55 percent per annum.

Washington DC, formerly called the District of Columbia, and the U.S. capital isn’t officially a state. But it’s a crucial part of the country.

Home to popular performing-art venues and iconic museums, Washington DC is where the Supreme Court and White House are.

However, not being a state doesn’t exclude residents in Washington, DC, from paying property tax. This region boasts its property tax, placed at a meager 0.56 percent.

But before you start packing your bags to move into Washington DC, keep in mind that its housing cost isn’t as pocket-friendly as the property tax rate. Median home value could be as high as half a million dollars.

With a vast amount of snow-covered Rocky Mountains, plateaus, mesas, high plains, and desert lands, Colorado is one of the few places for the best outdoor experiences.

However, one thing that would make wannabe Colorado residents think twice about switching states is the median home value, which is $381,300. Therefore, the cost of living isn’t that favorable in Colorado.

South Carolina, a state where the civil war’s opening shots were fired, is another state with an impressively low effective property tax rate.

So, in terms of living cost, South Carolina has the edge over Colorado, despite having the same property tax rates.

From the must-see Seneca rocks to the Mothman museum, West Virginia is one of the states in America with plenty of things to do.

But besides the funfilled activities, this big state’s cost of living is relatively low. West Virginia’s housing cost isn’t only affordable. It boasts an impressively low effective property rate.

With warm hospitality and tons of recreational opportunities, Wyoming is one of the top states to buy a home.

Outdoor is an integral part of the culture of those residing in Wyoming. There are also many things to do in this state. So, you won’t be spending much time indoors.

The property tax and average cost of homes will give you a good enough reason to include Wyoming as your ideal state to purchase a home.

Arkansas is the final state on this list of states with the lowest property tax. If you plan to move into this state, then get ready to pay the yearly 0.63 percent effective property tax rate on your new home.

But surprisingly, the cost of living in Arkansas is much more attractive than in several other states in the United States. The Median home value is below $115,000.

10 States With The Highest Property Taxes:

These states’ property taxes would make you think twice before buying a house. No one enjoys paying taxes. And when it’s exorbitant, it automatically becomes a burden.

Let’s look at them quickly.

New Jersey is a top destination for tourists and those looking to lead vibrant lifestyles. This state has tons of things that you can explore and satisfy your adventurous appetite.

So, New Jersey has the highest effective property tax rate in the United States of America. Now you can guess what the cost of living would be like, given the taxes one has to pay on an annual basis.

Illinois is another state that made it to our list of states with the highest property taxes in the United States of America. This state is known for many things, including agriculture. It’s where Abraham Lincoln, a former U.S. president, spent most of his life.

Illinois is a popular tourist destination, blessed with many side attractions and world-class infrastructure. But if you’re a homeowner, you won’t be as happy as tourists flocking the state to spend just a couple of days.

This state happens to have the second-largest property tax (behind New Jersey) in the United States of America.

The third highest property tax-paying state is New Hampshire, the granite state. If you decide to live here, your effective property tax rate would be 2.20 percent.

Known as the constitution state, Connecticut, like many other states in the U.S., boasts diverse tourist attractions and outdoor activities.

But this beautiful and endowed state isn’t the most pocket-friendly when it comes to property tax. Connecticut’s effective real estate tax rate is a whopping 2.11 percent, while the median home value is $272,700.

So, before you buy a property in Connecticut, keep in mind that the tax on a home priced at state median value is $ 5,746.

Wisconsin comes fifth on this list of states with the highest property tax. As a homeowner, you would have to pay an effective real estate tax rate of 1.91 percent.

Home to diverse artisan foods, farms, breweries, and wineries, Vermont appears to be an excellent spot for a gourmet. This state also boasts some of the gorgeous lakes and museums around the country.

But when you think of the massive property tax that you would have to pay, the side attractions and fun might not matter much.

If you have a home in Vermont, your compulsory real estate tax rate is 1.88 percent.

Texas is another well-endowed state, boasting some of the most populous cities in the country.

Texas is a dream for most people in other states, though its property tax could be a stumbling block.

The effective real estate tax you would have to pay in Texas is 1.81 percent. The state median home value is $161,700.

Therefore, the yearly tax on a home priced at the state median value is $2,922.

With plenty of rugged hills, buttes, and rocks to explore, Nebraska is surely a great destination to buy a home.

However, this state is still among those with the highest property tax in the country. Its effective real estate tax rate is pegged at 1.77 percent, while the state median home value is $147,800.

The most populous city in the United States of America, New York, happens to be another state with an incredibly high property tax.

Rhode Island is also one of the few states in the United States whose property tax is a little on the high side. Property tax rate for homeowners is 1.66 percent.

So, these are the states with low and high property taxes. If property tax is a concern, you can go through this list to choose the state with a more acceptable property tax. A low property tax would reduce tax burden and cost of living.

McKinsey Vs. Goldman: What Job Seekers Should Know

How to Get Loans with No Credit and Improve Your Credit...