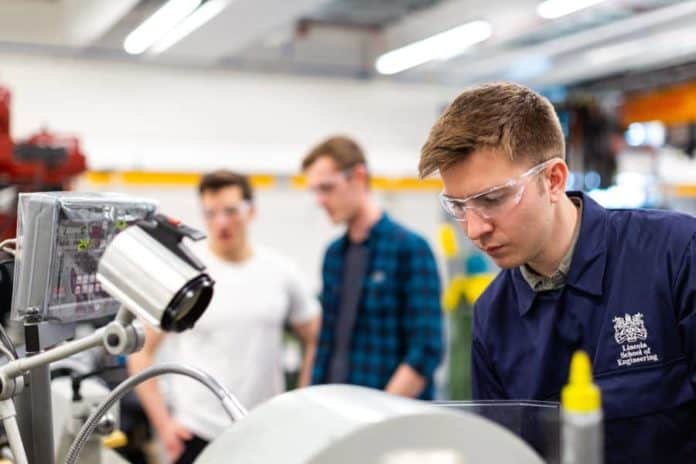 What Does “Industrial” Mean?

An industry is a sector of business that manufactures raw materials and.or produces goods and services. There are several different types of industries, but when referring to something being “industrial”, production and distribution often come to mind. Industrial jobs are those that require intensive manual labor, but require less post-secondary education than other jobs. Some examples include construction workers, factory workers, mechanics, and welders. The “industrial” industry is one that has been positively impacted by the advancements in technology, and here are a few examples of these technologies.

Automation utilizes artificial intelligence (AI), the internet of things (IoT), and machine learning to assist humans in doing tedious and menial tasks, usually the ones that are repetitive. There are four different types of automation systems, and each one is usually used in a specific industry, though they all can be used across several industries.

This type of automation is typically used in industries where there’s a lot of repetitive manufacturing. An example of this would be factories that use a conveyor belt to produce goods.

Flexible automation is like the opposite of fixed automation. Instead of one specific task being automated, a computer system is automated and can control different tasks based on what type of code is put in. This type of automation is typically see in the food packaging and textiles industries.

This type of automation probably uses the least amount of human involvement than the others, relying heavily on computers, AI, machine learning, and IoT. With integrated automation, you’re more likely to see robots and other machines, including automated cranes.

Programmable automation is another type of automation that uses very little human involvement. Commands that make machines work are delivered through a series of codes from computers. This is also used in repetitive manufacturing.

All sectors of business accumulate large amounts of data over time, so keeping track of all of that is important. Most of this data is valuable and sensitive information, and it’s important that it’s encrypted and secure. Fortunately technology has made it possible for industrial sectors to manage large amounts of data in one convenient place. Advancements have also made it possible to protect sensitive data from being hacked by cyber criminals. Cyber criminals are always coming up with new and sophisticated ways of hacking into big (and small) businesses, so cyber security technology has to constantly update as well.

The ways that things are being produced in the industrial sectors of business are also constantly changing. One of the biggest help for the industry is 3D printing. 3D printing creates a physical object by layering several thin layers of material, using a 3D model to create the object. It’s both a cost-effective and eco-friendly way of producing materials needed to create things. It’s mostly used in construction, architecture, and engineering, but the manufacturing industry uses it a lot too.

Methods of joining plastic and other materials have come a long way as well. Most of the time, these plastics, metals, and other materials are joined together using various welding techniques (hot plate welding, spin welding, laser welding, overmolding, etc.), but technological advancements have allowed for other methods. These include methods such as industrial thermoplastic staking.

The purpose of technology in industrial sectors is to maximize efficiency and increase productivity. The act of automating certain processes makes manufacturing and production much more time efficient, and so do advances in technology that make producing certain materials quicker. Technology has also positively impacted the digital and virtual realms of industrial sectors, as well as other industries. With more and more parts of businesses becoming digital, it’s equally important to make sure that the online portions of a business are just as productive and secure as the physical portions.

The 2 Stocks You Should Consider Buying With Less Than $2000

How To Launch Your First Fundraising Campaign Successfully In 8 Steps

What To Evaluate Before Ordering Medical Supplies Online

Can I Use A Check With An Old Address