Home Tech How Important Are Letters Of Administration To Your Estate? 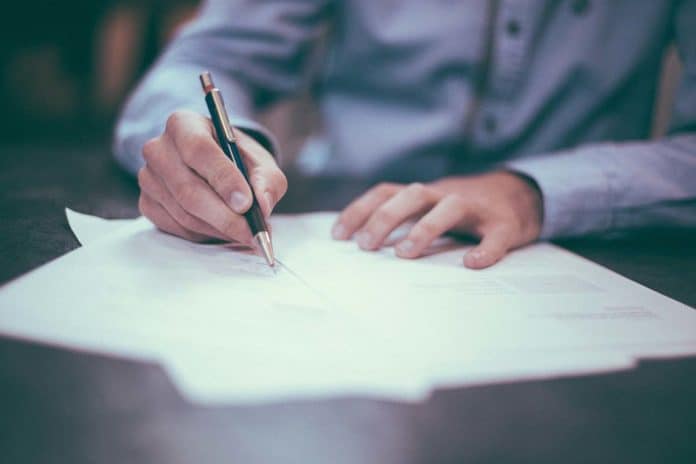 When a person dies, it’s often said that they won’t be able to bring to the afterlife everything they owned or amassed during their lifetime. What happens is that the person who died is dutifully mourned and buried by family and friends. After the burial, the lawyer reads the will to them. Based on what’s read, the assets are then distributed.

Disputes and controversies usually arise when the person who died didn’t write and leave a will (you may visit Willed if you want to write one to ensure a sound estate planning). In which case, there are no definite instructions, which the family ought to follow or observe in distributing the estate of the decedent. By contrast, if the decedent wrote a will on how the estate should be distributed, the immediate family and other relatives would somehow feel bound by the will.

What Are Letters Of Administration?

Letters of Administration is a legal document issued by order of a judicial court. It contains an order appointing a person or several persons to oversee the estate of the decedent, and specifying the scope of powers and authorities granted to those appointed. The persons appointed are called executors or administrators.

A Letters of Administration is, basically, a document that authorizes the person you designated to look after your properties and assets, making sure they’re partitioned and distributed the exact same way you instructed it to be carried out.

It’s highly important that in writing your will, you designate or appoint someone you really trust as executor because that person will have the final say over the distribution of your properties. Most people who’ve accumulated a significant amount of assets or a substantial estate during their lifetime work hard to make sure that when their lives here on earth come to an end, they’d be able ensure continued financial security for the loved ones they’ll leave behind.

The need for executors or administrators usually arises because of three reasons:

It might come as a surprise that there are instances when some persons decline or refuse an appointment to be the executor, but some actually do. An appointment as executor entails the obligation of distributing the estate of the decedent properly, and some don’t like such a responsibility.

If there are specific instructions written in the will as to how the estate of the decedent would be disposed of, the executor has to abide by or follow the instructions written in the will. But if there are no specific instructions, the executor has to follow the rules of intestacy in the settlement of the decedent’s estate. The rules of intestacy basically govern the sequence of who will receive their shares of the inheritance.

Letters of administration are important, especially when a person died with a substantial number of properties in their estate, but didn’t leave a will.

If a person didn’t write a will, this can only mean that there’s no executor named to administer the estate of the decedent. If there’s no executor or administrator, this could lead to confusion or even conflict among family members as to how the estate would be partitioned and distributed. This is the last thing that the person who died would want to see—heirs fighting over the estate.

When Are They Required?

There’s a certain minimum amount of assets or estate value to determine whether the appointment of an executor or administrator is required for the settlement of the decedent’s estate.

The assets and properties, which form the decedent’s estate, have to be identified and accounted. Once they’re accounted, their assessed values have to be determined. The assessed values are then summed up. If the total figure meets the minimum, then the requirement for appointment of an executor has to be followed.

How Long Should You Wait Before Applying?

If you’re planning to apply for the issuance of letters of administration, you should lodge your application within six months from the date of the death of the decedent. In most instances, you’d still be allowed to file your application when that date has passed, but the court will most likely require you to provide an explanation for the delay.

Good estate planning through the appointment of an executor or distributor of your estate is important to avoid any disputes or controversies among your heirs, especially if you have quite a substantial amount or value of properties in your estate. Having someone you trust to make sure your estate is distributed according to how you would have done it would give you peace of mind.

How To Make $500 A Month In Dividends

How To Make Money On Forex Trading – The Beginner’s Guide‍

How To Set A Marketing Budget That Fits Your Business Goals...

Your Four Tools For Financial  Wellness

Why Did The Trade Federation Invade Naboo