Home Credit Does the Apple Credit Card Discriminate Against Women? 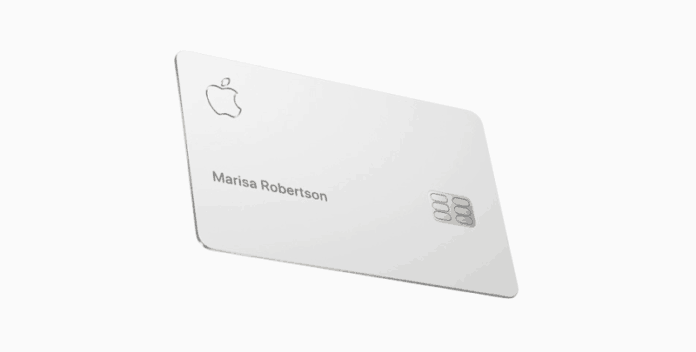 Mega-corporation Apple has recently launched a controversial new venture. Its official Apple credit card is receiving major flak across the nation due to allegedly being set up to be discriminatory towards female users. Multiple reports, including some from very high profile recipients, seem to confirm this allegation.

Reports of Alleged Discrimination Are Mounting

The new credit card from Apple has come under an official investigation. This is the result of many reports filed recently that allege that the algorithm used to determine credit line offers is discriminatory toward women. Regulatory officials from the financial industry are now working on a close investigation of the matter.

The controversy has come to a head in recent days. It got off to a very public start when David Heinemeier Hansson, a leading software developer, made a post on Twitter to call attention to the matter.

Hansson alleged that the maximum line of credit that his new Apple card offered was 20 times higher than the one his wife received. This development came in spite of the fact that the two have filed joint tax returns and his own credit score is actually significantly less than that of his wife.

Hansson’s Twitter post was soon confirmed by another very high profile source, Steven Wozniak, the legendary co-founder of the Apple corporation. Wozniak wrote that he, too, had received the Apple card and was offered a ten times higher credit line than the one that his wife had received.

Black Box Algorithms Are a Source of Controversy

Steven Wozniak has joined many other experts across the country that are calling for the investigation of so-called “black box algorithms.” Once set up and put in motion, this particular type of algorithm is often conspicuous for its discriminatory actions.

According to Wozniak, the trouble arises from the fact that the developers of these algorithms are not required by law to exercise any kind of transparency concerning their design and implementation processes. As a result, they are essentially free to do whatever they like until they receive a high profile protest.

Since Wozniak and Hansson are in a position to reach the public in a short amount of time, they have been able to draw attention to the matter. However, if they had not chosen to do so, it is questionable whether any kind of action would have been taken in so short a time after the official release of the new Apple credit card.

Goldman Sachs, the issuing bank of the Apple Card, addressed concerns via Twitter and issued a statement that their decision process is based on the individual’s credit worthiness and not gender.

DFS Has Launched an Official Investigation of the Matter

The New York State Department of Financial Services (DFS) has released an official statement in which they have affirmed that they are soon to launch an official investigation of the matter. Since the card is backed by financial powerhouse Goldman Sachs, this may well be a source of unwelcome publicity for them.

In the statement issued by DFS, it was pointed out that any kind of algorithm that intentionally sets out to discriminate against women or any other class of person is in direct violation of New York State law. Meanwhile, Goldman Sachs has issued a statement in which they essentially denied any complicity in the matter.

The investigation by DFS will be criminal in nature if it can be determined that the actions of the algorithm creators were intentionally to discriminate against women. If this is the case, it will then proceed against them on multiple charges.

This incident comes at a time when other algorithm creators have been subject to very similar charges of discrimination. What may become of this latest investigation remains to be seen.

Any accident can leave you with physical wounds. When the injuries are severe, you may have to deal with growing medical expenses and weeks...

Profitability is specifically key to the success of any business. Improving your company's profitability can be a daunting task, but it is not impossible....

Being a business owner is one of the most challenging jobs on the planet. In the past few years, what business owners thought they...

How To Put Money On Cash App Card At ATM: What...

The End Of Banking Secrecy? The G20 Tax Haven Crackdown