Home Taxes Does The Government Have The Right To Tax? 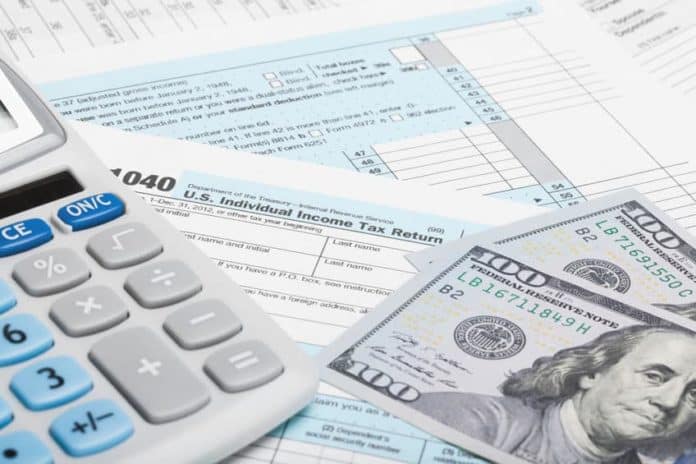 As a United States citizen, one of your biggest grumbles may be getting taxed every year. You may feel that you are being taxed entirely too highly while others pay too little or even nothing at all. This has certainly been an issue that has caused much controversy and division ever since the establishment of this country.

It may be remembered that the history of the United States began with a tax dispute. Ever since that fateful day, the specter of “taxation without representation” has been one that has haunted the public imagination. Presidents have run for office and both won and lost, at least in part, due to this ideal being raised by or against them.

Both the States and the Federal Government Can Impose Taxes

From the time that the Constitution was first ratified, the Federal government was given the authority to impose and enforce taxes. However, it should also be recalled that the individual states retained their specific right to impose taxes of their own. This is why, to this day, American citizens pay both state and Federal taxes on a variety of goods and services.

There is one major exception that should be noted. States can impose nearly any kind of tax with the exception of those that have been forbidden by the United States Constitution as well as constitution previously ratified by their own state.

Taxation is a Necessary Measure to Guarantee Stability

State and Federal taxes have long been recognized as a necessary means of income that guarantees the economic, social, and political stability of the nation. Without this vital source of income, the infrastructure of the country would fall to shambles while the quality of social services would be seriously compromised.

One of the biggest fallacies that all too many “fiscal conservatives” fall into is the belief that doing away with taxes or cutting taxes for the nation’s most wealthy individuals and corporations would create a freer and wealthier economy.

This is the source of the infamous “trickle down” theory that has created so much havoc and unease in the last four decades since its introduction by former President Ronald Reagan.

Again, the issue comes down to this: If neither the state or Federal governments were allowed to tax at reasonable rates — what is “reasonable” is another source of controversy altogether — would any income be reserved for infrastructural and social services? Judging from the example of other nations in similar situations, the answer is a resounding no. Wealthy individuals have greater resources and access to shield their wealth from taxes through tax havens. If not careful, these very individuals can get caught up in tax evasion schemes if they aren’t properly advised.

The Personal Income Tax is a Hotly Debated Institution

A reliable source of controversy over the years has been the personal income tax. This has long been the impetus for many so-called “populist” leaders to decry the alleged tyranny of the Federal government. Combined with the advent of such programs as Medicare and Social Security, the income tax has been both hailed and denigrated.

But a quick glance at history will show many misinformed “state’s rights” activists that the personal income tax was first ratified at the state, rather than the Federal, level. The state of Wisconsin was the first to impose a personal income tax, all the way back in 1911. Nowadays, almost all states follow this example.

Personal income tax has been a heavily debated topic precisely because, in its modern form, the system is graduated. One of the issues that the current occupant of the White House has emphasized is the pressing need to “reform” this particular tax.

However, any attempt on their part to adjust the tax to favor the wealthy at the expense of lower income individuals is sure to be a source of major political controversy. This is an issue that represents one of the most basic and enduring divides — social, cultural, and political — in American society.

No serious student of economics, politics, or history believes that either the Federal or any of the state governments will ever relinquish their right to impose taxes. The income gained from taxation is quite literally the life blood that keeps the country running.

Perhaps the single most potent argument against the current system of taxation that exists is that many people feel that the income generated from taxes is spent in the wrong manner. Countless controversies concerning the allocation or misallocation of funds at both the state and Federal level have arisen since the founding days.

In the days leading up to next year’s Presidential election, taxation will once again be a major issue. This will involve such issues as state and Federal income tax, sales tax, corporate tax, and many other varieties. These issues have an impact on the day to day lives of hundreds of millions of people.

These debates can also affect billions of people across the globe. It’s an excellent idea to keep in mind that perspectives on taxation may ultimately be one of the deciding factors that elects the next President and thus determines the direction that American foreign and national policy will proceed in.

Money Magazine Vs. Kiplinger: Battle Of The Popular Financial Magazines

How to Get Loans with No Credit and Improve Your Credit...