Home Banking Is Bitcoin Traceable? Things You Must Know 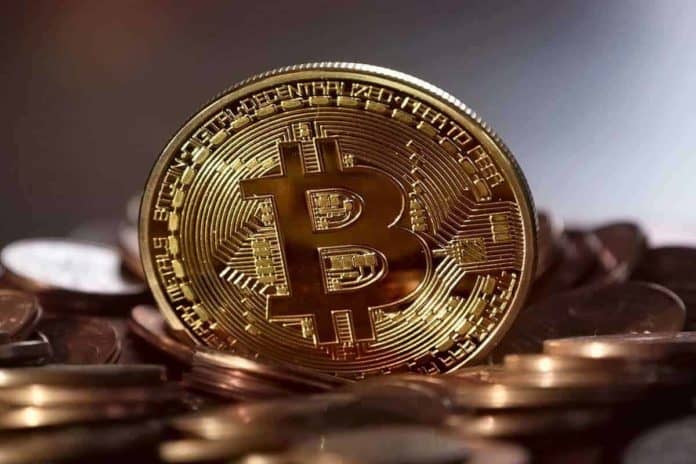 The traceability of Bitcoin transactions is a question of privacy, anonymity, motives, and intentions. In our world of identity theft, money laundering, government regulations, fiat currencies, centralized versus decentralized control the issue of using Bitcoin in particular and cryptocurrency in general spurs some curiosity and investigation.

The basic answer to this question of is Bitcoin traceable is “Yes, it is traceable”. Maybe not as easily traceable as our daily transactions in fiat currency, but it is traceable! Let me explain why this is and why you do not have 100% anonymity.

Of course, the question also is why do you want non-traceable and anonymous financial transactions in any currency? The goal should be to protect one’s identity from being stolen and not just to cover up and hide illegal, tax evasion or money-laundering.

So to the intent of protecting one’s identity in Bitcoin and cryptocurrency transactions, here are some things you need to know and understand.

Let us start with the exchanges and wallets.

This is true even with the wallets I use such as Coinbase Wallet and a few others I am starting to use.

I am a beginner user of Bitcoin and CryptoCurrency. As such this article will be limited in expertise but useful from a beginner’s viewpoint. My understanding of crypto-currency started with a short education in blockchain technology and how each and every transaction in the cryptocurrency world was a series of transactions based on addresses and the transaction confirmed by solving a mathematical algorithm by the Bitcoin or cryptocurrency miner.

Now, these Bitcoin addresses do not contain the person’s name, their physical address, their email or any other such personal identity. As such, people believe that Bitcoin transactions are anonymous. The reality is that they are pseudo-anonymous and only give the appearance of anonymity.

In fact, I personally had one instance where I purchased Bitcoin from a Bitcoin ATM using cash. I purchased them with cash and gave my bitcoin wallet address. Now before I was able to use the Bitcoin ATM machine, I had to go through a few verification steps to determine my identity. I set up my phone number, provided my identification card information and then set up a passcode.

Now the Bitcoin ATM system had all my personal information and I was good to go. I purchased my Bitcoin ATM using cash. Yes, actual $20 USD bills and fed them into the machine. When I was done with the purchase amount I simply hit finished.

Within less than 30 minutes the Bitcoins were in my Bitcoin Wallet.

The purpose was to send some Bitcoins to another person. Somehow, I did not get the right bitcoin address and sent it to the wrong address.

Since I was working with a government agency at the time, they were able to retrieve the transaction and have it redirected to the correct address. There was some financial loss in this, but it was traceable.

So if it was completely and totally anonymous and non-traceable it would have been impossible to get my Bitcoin money back and sent to the right Bitcoin address.

Just for the record, since I am a verified user of this Bitcoin ATM, I simply now put in my cell phone number and my secret 6 digit passcode. The Bitcoin ATM provider already knows who I am.

Reasons We Believe That Bitcoin Is Anonymous

So why do we believe that using Bitcoin is anonymous? There are several reasons. Even after your cryptocurrency account is verified, a user can create new and random bitcoin addresses without the requirement of submitting personal information. This means that addresses are not tied to a person directly.

Secondly, since a user controls an address this can be used to transfer or receive Bitcoin without it being tied directly to the user. No need to reveal the personal identity of the two parties or even multiple parties.

It is almost like a cash transaction that is not easily traceable in the fiat currency world. (Ever wonder why governments like to limit the amount of cash used in transactions?)

Since Bitcoins on the Blockchain use nodes and random nodes, the nodes themselves do not confirm the original IP address as multiple IP addresses are used and nodes simply forward the data based on the Bitcoin address.

How Is Bitcoin Traceable And How To Minimize

If you are using a private Wi-Fi network such as in your home, your identity can be traced through your IP address. Bitcoin transactions are public records on a public ledger. That is part of the beauty of crypto-currency in that it is transparent on this world-wide public ledger.

There are no contract confirmation disputes.

Consequently, any person, company or program that is setup to trace public addresses can know the origin.  If you use your own private IP network for other uses, such as online banking, paying bills, using PayPal services and also using this same IP network for your Bitcoin exchanges, then it is possible to connect them all to the same IP address.

Using a TOR network browser may help in adding another level of anonymity. TOR onion browsers encrypt and re-route your original IP addresses to random computers throughout the world on the TOR network.

I use a TOR browser when I want to do research and searches just to keep a certain level of privacy. The downside is that the TOR browser use may create some log-in problems on familiar IP address.

This means you may have to verify the IP address every time you login to your accounts because it is seen as a new device or IP address.

However, when using TOR tracing the original IP address becomes much more difficult.

Using a TOR browser while sending and receiving Bitcoin increases your anonymity but it does not guarantee it.

One way to help with keeping transactions somewhat untraceable to the user is to use different Bitcoin addresses with each transaction.

Another method to keep things private is to use data mixers. The purpose is to create new or temporary addresses or doing a swap exchange with the exact same value with other addresses. This creates a data trail on the blockchain that is hard to follow or trace.

However, you do have to pay for this service and there are several firms that provide this service. Some of them are Smartmixer, Wasabi Wallet, Bitcoinmix, and Samurai Whirlpool.

There is also the use of what is known as log-less virtual private networks (VPN). These networks do not store the history of your activities on their servers. They encrypt it and route it through multiple servers before arriving at the final website location. Of course, you have to trust that the log-less VPN that you use and pay for does in-fact not keep your activity history.

So what have we discovered in answering the short question of “is Bitcoin Traceable”? We have discovered that in reality, it is only a pseudo-anonymous sense of in-traceability.

So we can take pleasure in the fact that Bitcoin currency transactions are not tied to your personal identity information, but the fact that they are transparent contract settlements do not make it 100% untraceable.

So back to the original intent of this question “is bitcoin traceable”? For those who are concerned about protecting your identity from those who would like to use it for their own purposes, Bitcoin and Crypto-currency transactions are basically safe.

For the less savory characters who would like to use Bitcoin and Cryptocurrency as a means of drug money or money-laundering activities, rest assured nothing is 100% anonymous.

So the use of Bitcoin and cryptocurrency should still be used for its primary function: a newer currency for investing and a means of commerce. Not so much different than the use of fiat currency already in use in the world. Bitcoin is just another medium.

Find A Bitcoin ATM Near You

What Skills Do SQL DBAs Need In The Finance Industry?

Where Does Bail Money Go? See What Happens To Your Bail...

How To Put Money On Cash App Card At ATM: What...