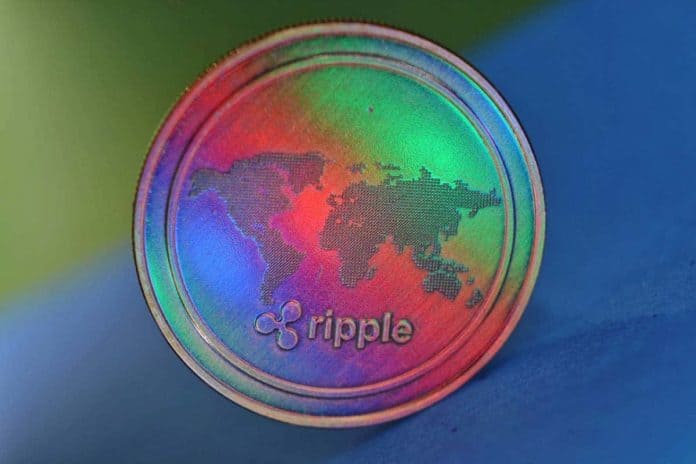 Cryptocurrency has become a very intriguing asset class to investors all around the world. Having witnessed bitcoin’s occasional spikes in value — which rewarded plenty of fairly casual traders with small fortunes — many are keen on catching the next significant crypto wave. The only trouble is that the cryptocurrencies we hear about most frequently are already fairly expensive. This doesn’t prohibit investment, but it does put a cap on what many people are able to afford. For instance, you can invest in bitcoin today, but unless you’re willing to throw a significant amount of money at it, you’re only going to acquire a small fraction of a single bitcoin.

While this can seem somewhat deflating, however, it may actually incentivize strategic investment among those who are just starting to build up crypto portfolios. In a previous list of tips for investors, we mentioned the importance of intelligent diversification. This is something that’s recommended generally to investors, but it may make particularly good sense in the crypto market. The logic is that cryptos are likely to become more prominent and more valuable in the future, yet we can’t necessarily predict which ones will hit it big. Thus, having a smaller stake in a number of different assets may give you the best odds to catch the next wave, so to speak.

With that in mind, here are eight cryptocurrencies you might consider for a diverse portfolio. Mind you, there is no guarantee that any one of these will make for a successful investment. But these are interesting cryptocurrencies that are generally believed to have long-term potential, and which are still cheap to buy into today.

Litecoin is the most expensive cryptocurrency we’ll cover here. It is also one that people often perceive as being somewhat less exciting than some alternatives. It still makes for an interesting investment, however, if only because it’s relatively affordable and its movement tends to correlate fairly strongly with that of bitcoin. So, if bitcoin’s price (above $9,000) keeps you at a distance, you can consider buying some litecoin and hoping to capitalize if it follows bitcoin on its next spike in value.

Binance Coin is an eye-catching option because it has a relatively low cost despite having the ninth-highest market cap among cryptocurrencies at the moment. It’s also a crypto option that has already overcome some obstacles, which some take as an indication of long-term strength. For instance, Binance Coin thrived in 2019 despite having to deal with a $40 million exchange hack. It also rebounded fairly quickly from the worldwide crash in March, though it hasn’t regained its full strength. Currently, there are some reports of more bearish sentiment for Binance Coin’s near-term future, but it’s still an asset some want a piece of for the long haul.

Neo is a little bit more of a gamble, in that it is a slightly different cryptocurrency concept that may or may not catch on. It is basically designed as a tweaked version of Ethereum, which is a crypto network meant to be populated with user-created dApps. Neo is pitched as a more efficient and user-friendly version of the same concept, which is why some buy into its long-term potential. Then again, Ethereum got there first, so to speak, and some believe there may not be room for both.

EOS is another Ethereum-like platform, and one that may be more intriguing to some investors purely from a numbers standpoint. It has a significantly higher market cap than Neo, and can be bought for roughly a quarter of the price. EOS also has some relatively innovative functions, such as an ability to easily facilitate new ICO offerings, which leads some to believe that it will become a busy platform for innovation. EOS has not performed particularly well in 2020, though it’s worth noting that as recently as the spring of 2018 it was worth more than $20 (if only briefly), which means some may look at the present as a unique buying opportunity.

Tezos (which you may see written as XTZ) is yet another cryptocurrency that is more of an Ethereum competitor than a bitcoin one. It’s also somewhat polarizing, and has been volatile even by cryptocurrency standards over the past two years. There are some subtle but unique features to the Tezos network, however, that provide a basis for hope that it may take off at some point. However, we’ll also note that to date, Tezos has yet to exceed $3.77 in value — though it is a young cryptocurrency as well, having only been around since June of 2018.

XRP, or Ripple XRP, has been labeled by many as an up-and-comer for some time now. And although the price remains low, charts indicate that many investors currently trading XRP are enthusiastic about its future evident by its market sentiment. The same charts show that XRP’s value hasn’t exceeded $0.3 since early February, and yet buyers appear to be flocking to Ripple — viewing the price as an opportunity more than a warning sign, it would seem. Enthusiasm for Ripple XRP is likely based in part on a robust market cap (fourth highest among cryptocurrencies) and interesting functionality. Ripple is designed, more or less, to assist with high-speed, low-cost digital transactions involving other assets, including cryptos, commodities, and cash.

Cardano, or Cardano ADA, is another option that may be something of a hit-or-miss asset. It was actually designed by one of the co-founders of Ethereum, and thus — as you might expect — is meant to be an improvement on the Ethereum concept. Its reputation as of now is that it operates with less computing power and manages transactions more quickly, without sacrificing any consideration of privacy or security. These perks, as well as a fairly strong market cap, make it appealing to some investors. Though it remains to be seen if there’s room for it in a market crowded with Ethereum imitators.

Stellar, or Stellar XLM, may not look like much at its current value. However, it attracted a lot of attention when it surged early in 2020, rising in value by 75% by April (even despite the March crashes). This crypto option can perhaps best be compared to Ripple XRP in that its chief function is facilitating cross-border transactions with other assets. But it’s become known more recently as something of a hot topic in crypto conversations online, and some see its social relevance as a positive factor in assessing its long-term potential.

What To Look For In A Full-Service Game Development Outsourcer

How To Use Gift Cards On Paypal?

Is It Smart To Buy Rubles Right Now? – Pros And Cons Of Investing...

How Much Is A Quarter Million Dollars? Smart Money Moves