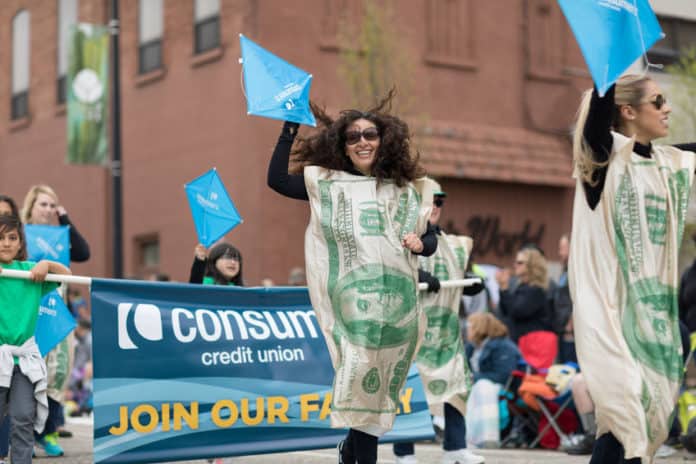 On the surface, it would appear that credit unions and traditional banks offer similar financial products and are structured similarly. There is a plethora of information available about the differences between banks and credit unions on the internet so the support for this article is abundant.

Our goal here is to break down in simple terms these differences, pros and cons, so you as a financial services consumer can make wise and intelligent decisions. After all, in either case, it is your money and you worked hard for it!

The banks and the credit unions are there to serve you and not the other way around!

Differences Between Banks And Credit Unions

This is the first piece in understanding the differences between a bank and a credit union. Banks are registered as for-profit corporations. This means that investors are the ones who own the banks. These could be regional or national in scope, or publicly held or privately held.

Their business is primarily involved in lending money and borrowing money, partly from depositors and partly by creating deposits by lending money. This means that in some sense, banks do not need depositor’s money to lend money, as they have both fractional reserve banking and the central bank’s monetary policy.

Credit Unions are institutions that are owned by the members of the very credit union that they deposit their money. They are considered not-for-profit and limit their customers to what is known as a “membership field”. This membership field can be an organization, where people work, a geographic area, place of worship, and so forth.  It will be designated in its charter.

A credit union is more concerned about benefiting its members since it is not-for-profit than a bank is concerned about the depositors as it is a for-deposit enterprise.

Which Is Easier To Join?

The main thing about banks is anyone can open an account with a bank. You will need to provide of course your social security number or tax ID number and some other pertinent data about yourself. Banks are required to know their customer to some degree to prevent money laundering and other illegal activities.

As long as you have not stiffed another bank with a negative account balance that forced it to close your account, you should be able to join any bank in the United States of America. You do not need to be part of any membership class to become a bank customer and open checking and savings accounts.

Credit Unions require you to fit within their charter members field to become a member. As long as you fit within this field of membership you can open their version of checking and savings accounts. Understand that there are state and federal credit unions.

We will not go into the differences here about federal or state credit unions but suffice it to say that national credit unions get extremely creative to broaden their field of membership.

Which Tends To Offer The Largest Selection Of Products/Services?

In a broad sense, banks will tend to offer a larger array of financial products. This is partly because banks as financial institutions are more likely to be in the business of commercial banking. They attract business owners and large corporations in the area of business loans and business credit cards.

Contrasting this is that credit unions, having a smaller deposit base in general, will have less investment and product offerings. However, this fact should not dissuade you as they are more likely to help you as a member in need of a loan than if you are simply a bank customer with a small deposit balance.

We will answer this question with the understanding that we are talking about individual depositors and not business owners. That is an important consideration!

Earlier we stated that banks are for-profit financial institutions. They make part of their profit on higher loan interest rates and lower savings interest rates. It is just the nature of a for-profit enterprise with traditional banks. In our opinion, they will compete with other bank’s rates, but not a great incentive to compete with credit unions.

Since credit unions are not-for-profit, they exist to benefit the very members who placed their money in their union. This means that they can offer lower rates on loans and higher rates on checking and savings deposit accounts. Historically, for the most part, this happens to be the way it is.

However, even credit unions are subject to any national economic conditions within the domain of their operations so they are not outlandish or unreasonable in their offerings. Credit unions have to stay viable for the benefit of their members.

So interest rate comparison has to take into consideration all the products and services offered and the motivations of each type of financial institution.

To answer this question, you need to understand that a fee is not an interest rate offer. A fee is a charge for the privilege of having an account or a violation of the terms of the account of service or agreement.

There are ways to minimize these fees if you understand them and play by the rules. There is no such thing as a no-fee ever place to put your money, however, when you do your comparisons, it will be discovered that credit unions offer cheaper fees than banks. Do your homework on this before opening an account.

Is Your Money Safer at A Bank Or A Credit Union?

The answer to this question is more complex than can be answered in this article but let’s try to break down the financial strength and insurance part of this question. Any corporation or business entity is only as strong as its financial assets allow without the additional need for back-up insurance. Banks and credit unions are no different.

Now let’s talk about insurance. Banks are a member of the Federal Deposit Insurance Corporation (FDIC). This is a private entity created by Congress in 1933. It was the result of the great depression and established in part because banks failed while insurance companies were solvent. The FDIC insures accounts up to $250,000 per account titling and has a direct line of credit to the US Treasury. This does not mean immediate access to all your money in the event of bank failures, just insurance against bank failures.

Credit Unions are insured by the National Credit Union Administration established in 1970 and became permanent in 2010 under the Dodd-Frank Wall-street Reform Act and the Consumer Protection Act. Their insurance is also $250,000 per account titling and also has a line of credit with the US Treasury.

So the answer to whether your money is safer at a bank or credit union is only as good as the strength of either one or their line of credit with the US Treasury. Just take the time to research bank and credit union failures for an answer to this question. Put your money into the entity that meets your needs and has a strong balance sheet.

The advantages of working with banks are numerous and dependent on your needs. Banks play an important role in the proper functioning of our economy. Also, banks tend to offer more financial services than credit unions.

A traditional bank will tend to have a larger number of ATM access points and many more branches regionally and nationally. This means that access to your money is more efficient in many ways. These are just a few of the advantages of banks.

Credit unions as stated above offer lower fees and better interest rates. Also, it is more likely possible to get a non-secured signature loan through a Credit Union than it is a bank.

Getting an auto loan with a lower interest through a credit union is also more likely as a credit union member than a bank depositor.  So if getting the best rates possible, the advantages of using a credit union are apparent.

Also, since credit unions are membership-driven and not shareholder driven, getting the flexibility you may require at certain times will be much higher. This means that a credit union customer service representative will want to assist you and become flexible in helping you through difficult financial times in your personal life.

Unless you are working with a small community bank, the chances of your bank representative working with you in a flexible case by case manner are highly unlikely. Thinking outside the box is not a mantra at larger, big banks.

They tend to be less forgiving on waiving fees and working without work distressed depositors. This is because banks such as Chase, Bank of America, and Citibank are for-profit entities that need to answer to their shareholders more than the depositors.

One of the big disadvantages of credit unions is the fact that they do not have as big of a branch or ATM presence as banks, especially the larger or big banks in the USA.

Credit Unions have somewhat overcome this by creating a co-op of credit unions across the country. This is called the CO-OP shared branch network. This means that you can walk into any credit union that participates and performs transactions that will show up in your member bank.

Although not as good as a bank with a large geographic presence, it is still an attempt to overcome this disadvantage.

In the investment world, diversification and asset allocation is the theory that trumps everything. Maybe when it comes to banks and credit unions, using both of them for different reasons that fit your financial goals is not a bad idea!

What is a Credit Union? [What to Know Before Joining]

Any accident can leave you with physical wounds. When the injuries are severe, you may have to deal with growing medical expenses and weeks...

Profitability is specifically key to the success of any business. Improving your company's profitability can be a daunting task, but it is not impossible....

Being a business owner is one of the most challenging jobs on the planet. In the past few years, what business owners thought they...

Tips For Surviving With Rising Living Costs In Your City